After switching to Zsh on my new Mac I noticed a little issue with the built-in Terminal. When using the default Bash shell, the app could tell whether a process (besides the shell) was running in it and present a confirmation if you tried to close the window:

Do you want to terminate running processes in this window?

At first I thought macOS shipped with a special version of Bash that could tell the terminal whether something else was running in it, but it turns out the solution is simple - there’s a list of processes for which the Terminal would not display a confirmation, and you can configure it: 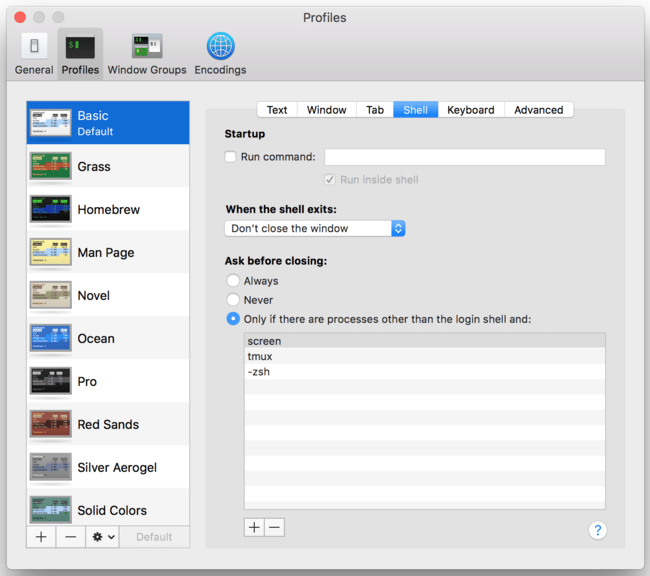 Just add your shell (in my case Zsh) to this list and that’s it (for some reason in my case it had to be -zsh instead of just zsh): 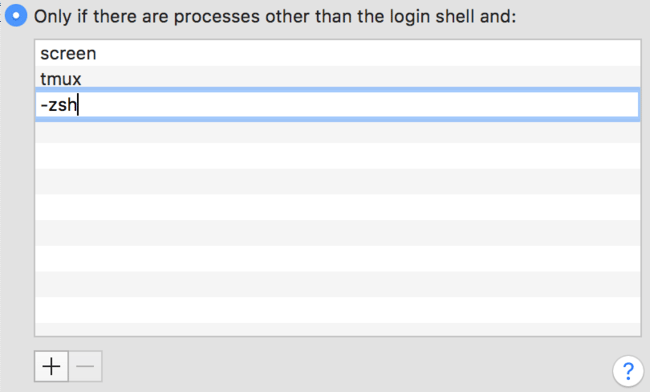 A common requirement for my Django apps is to interact with third-party APIs on behalf of its users, most of which use OAuth for authentication. I now realise Python Social Auth is a solution but I wasn’t aware of it at the time. In any... Continue →